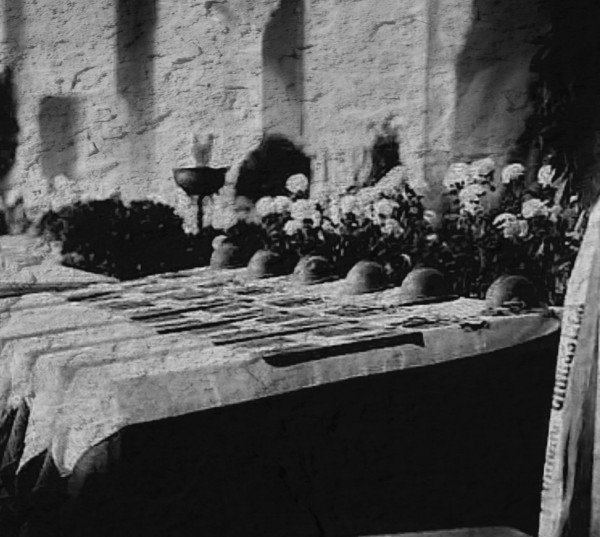 Hailing from Italy, Ignoto Militi delve deep into the 20th century military history of their homeland. Their particular focus being the First World War, the self-titled EP honours the namesake of the project: the Unknown Soldier. The EP revolves around the Tomb of the Unknown Soldier in Rome, a memorial to the fallen of the First World War, and its erection. In three parts and from as many perspectives, it tells the story of the choosing of the soldier interred inside the monument.

Ignoto Militi’s martial industrial is coloured by elements of neofolk as well neoclassical with a slight 90’s Cold Meat Industry bent. These add layers of melancholy, grief and forlorn nostalgia to the military bombast, creating a thematically focused EP of complex emotions. The reverent silence of a nation mourning their dead, the conflicted emotions of honour and sadness of parents partaking in the funeral procession of their sons, and the eternal glory of those fallen – but can any amount of glory make up for lives cut in their spring...