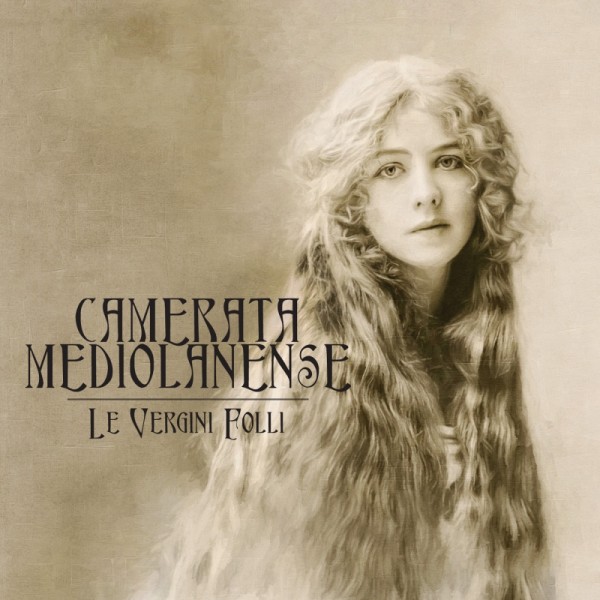 Camerata Mediolanense is an ensemble of Italian musicians who found recognition in the neo-folk and neo-classical scene with their mixture of dark wave and post-punk with the musical spirit of the Renaissance and Baroque. The group was formed in Milan in 1994; its founder is harpsichordist and musicologist Elena Previdi.

The name Camerata Mediolanense can best be translated as "a group of chamber musicians from Milan." The ensemble is known for its music that is in harmony with the traditions and history of Italian and European classical music and folklore, built on elements such as classically trained voices, martial percussion, keyboard instruments and electronic effects.

With their new album "Le Vergini Folli" (German: "The Foolish Maidens"), Camerata Mediolanense have created a work as dense as it is appealing, putting the piano in the foreground and reverting to the strict musical language of tonal harmony, which is no longer in use today, thus placing the group outside musical fashions and enveloping the listener in the sounds of centuries past. Guided by the pure beauty of simple melodies in the form of love songs interpreted by enchanting female voices, "Le Vergini Folli" occupies an exceptional position in the discography of the band: The album does not use percussion and is carried mainly by the captivating interplay of vocals and old pianos, dating from the nineteenth and early twentieth centuries.

"Le Vergini Folli" is available as a Digipak CD and as a double CD in a hardcover book (18x18 cm, 60 pages) with liner notes, translations of the lyrics (English, German, French, Spanish), historical portrait photos of "foolish maidens" and a bonus CD with eight tracks (one new song and alternative versions of old and new tracks).