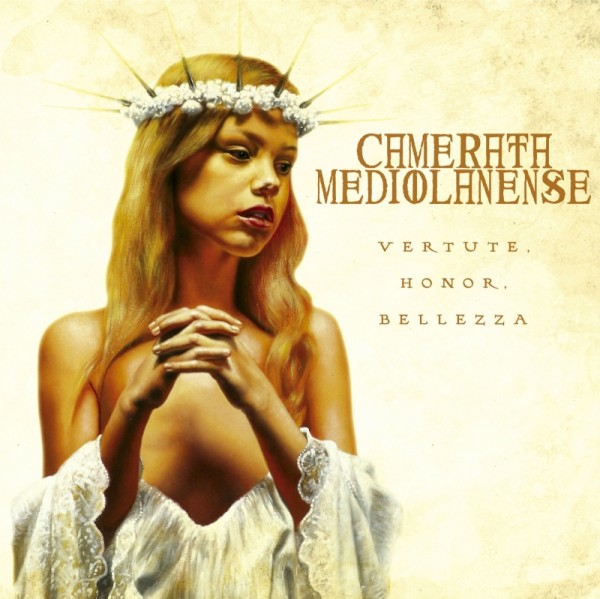 Since its founding in 1994, the Italian collective Camerata Mediolanense has combined wave and post-punk with the musical spirit of the Renaissance and Baroque eras, not shying away from experimentation. While they have become known primarily in the neoclassical and neofolk genres, trained composer and musicologist Elena Previdi and her companions cover a wide range, from traditional compositions to archaic rhythmic aspects to electronic elements this diversity makes it difficult to pigeonhole Camerata Mediolanense's uvre released to date (three studio albums, several singles and EPs).

After five years of work, Camerata Mediolanense's fourth album is now complete: Vertute, Honor, Bellezza (German: Tugend, Ehre, Schönheit). Also on the new work the ensemble follows its own path, enriching archaic, traditional-melodic and tribal music with electronic and experimental sound elements.
This album is the centerpiece of Camerata Mediolanenses Petrarca project, based on the poetry of the 14th century scholar, poet and humanist Francesco Petrarca, one of the fathers of Italian language and literature. The project was started with the CD single 99 Altri Perfecti (2011) and is concluded by the CD single Vergine Bella, both included in the artbook edition of Vertute, Honor, Bellezza.