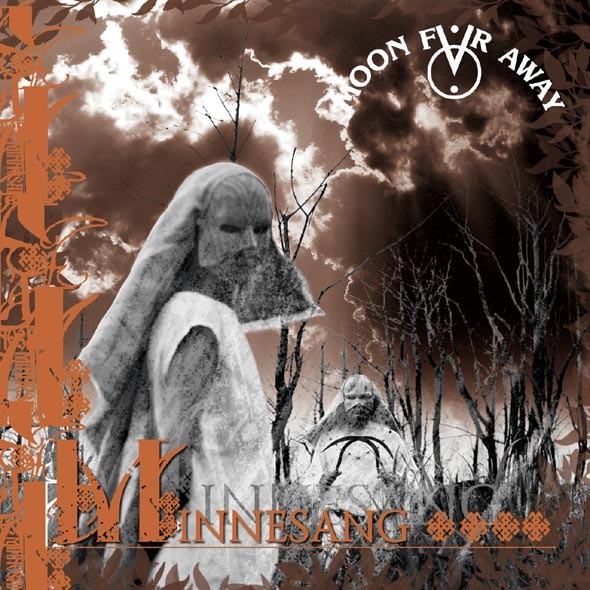 Info: Since the release of their now-classic Russian neofolk album "BELOVODIE" five years ago, MOON FAR AWAY has proved its status of the “band of influence” in the current Russian scene, as well as the title of one of the most respected Russian groups abroad. The band’s cult following includes both dark folk, neofolk and folk metal fans and the gothic and neoclassic audience. It is because of this wide audience that MFA’s new album, which has long been promoted by independent media, will undoubtedly become one of 2010 most anticipated releases. "MINNESANG" is an album of 21st century ritual music encased in a unique fusion of the most diverse and zeitgeist-capturing musical styles, from neofolk and post punk to practically future pop. All these facets of contemporary music blend seamlessly in the unparalleled sound of MOON FAR AWAY’s probably most polystylistic, yet internally deeply conceptual and person-centered album of the group. The theme of the album, the deep-rooted feminine archetypes in contemporary art, is embodied in the title, which identifies a genre of medieval knight lyrics. At the same time, most of the original Russian-language lyrics on the album are drenched with the trademark Pomor flavors, emphasizing the pride that the band’s has always taken in its cultural roots that extend deep into the epic traditions of the Russian North. All of this makes the term “pop album” that the band itself uses in reference to "MINNESANG" a pure art-provocation. MFA’s new album consists of 12 tracks, all of which may well become (and some of which have already become, thanks to the band’s concert performances and pieces recorded on international collection CDs) hits and anthems. "MINNESANG" is a puzzle, a rebus that took years to create and will take much more than a cursory listen to solve. It is a new milestone achieved by a cult group who already gave contemporary art scene a number of discoveries and revelations.