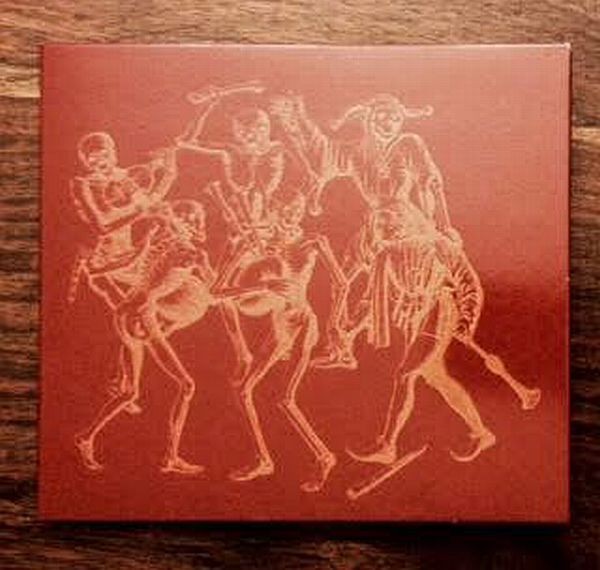 CD 4th edition comes in high colored 6-pannel structure glossy digipak and is strictly limited edition 111 copies ! - Switzerland - IMPORT - RARE!
This is the fourth issue which came in a digipak with A.R.T., World Serpent and WKN contact information.
Info: This is the second Moon Lay Hidden album, and it picks up right where their debut left off. The songs are sort of medieval, neo-martial trance. The anger and brutal honesty regarding Europe's history is still taking shape, but the instrumentation is awesome. As always, the tracks are untitled. The songs have a cinematic feel, like a soundtrack for the Black Plague. Tolling bells, monastic choirs, film dialogue, and Alzbeth taking all the romance and whimsy out of the Dark Ages. The livelier tracks would fit right into Monty Python's "The Holy Grail."
Sometimes the lyrics are hard to make out. I recommend snagging a copy of "Alzbeth: The Book of Lyrics." It gives the translations where needed, and provides ALL the background on why The Moon Lay Hidden Beneath a Cloud has such a chilling style...many of their songs are little history lessons. Track 20 is a glorious war anthem, a strong climax for the album.
If you're a fan of Der Blutharsch, you'll wonder why his work in Moon Lay Hidden is better than his solo work that followed. As far as I know, Alzbeth hasn't released diddly-squat since TMLHBAC - guess she chose to get out at the top of her game. "Amara Tanta Tyri" is a good introduction to their legacy. Where Swans had that Bodies-in-the-Bayou style, Moon Lay Hidden reached into the past and unearthed just as many. review by Scott Sweet on March 18, 2002.