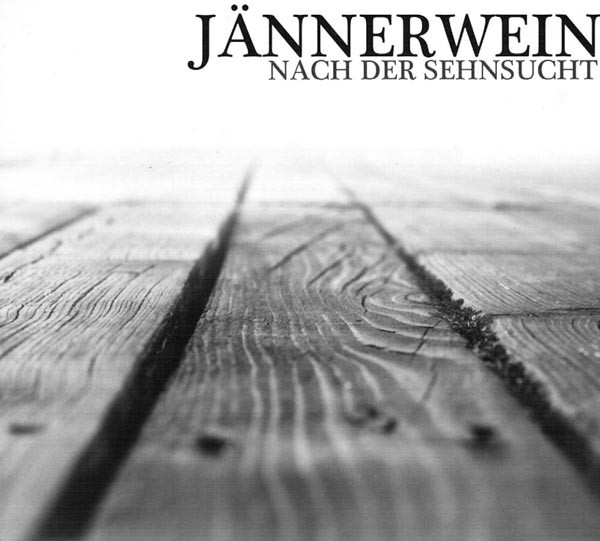 Info: After three years Jännerwein have released their second album 'Nach der Sehnsucht'. The band, now grown into a quartet, continue the musical journey they began with the predecessor 'Abendläuten' and leave the numerous subcultural constraints of neofolk behind them.

The listener encounters touching, often melancholic and yearning, but nevertheless powerful folk music which transports the special atmosphere of the town of Salzburg and its surroundings, but without descending into lederhosen triviality. The sound is dominated by various classical instruments like guitar, violin, accordion, recorder and percussion, as well as polyphonic chants. The musical diversity is paralleled by one of content. Alongside genuine lyric of the artists about longing, loss and departure, adaptions of texts by related spirits like Gottfried Benn and Friedrich Nietzsche can be found.

'My Prime Of Youth', the only English track, also features an elegiac and slightly martial collaboration with the Danish group Die Weisse Rose.

As mentioned above, Jännerwein manage to step out of the pure scene-related context, without renouncing their roots or loosing authenticity. The outcome of this process is of impressive beauty and timelessness, which will be appreciated by lovers of European-influenced folk, whatever their background might be.

A1. Einleitung
A2. Durch Jede Stunde
A3. Sehnsucht
A4. Lass Mich Hinaus
A5. An Den Mistral
A6. My Prime Of Youth Vocals – Thomas Bøjden
A7. Daran Haben Wir Die Liebe Erkannt
B1. Schweigen
B2. Gram
B3. Erwachen
B4. Blühen & Vergehn
B5. Ecce Homo
B6. Dein Bild