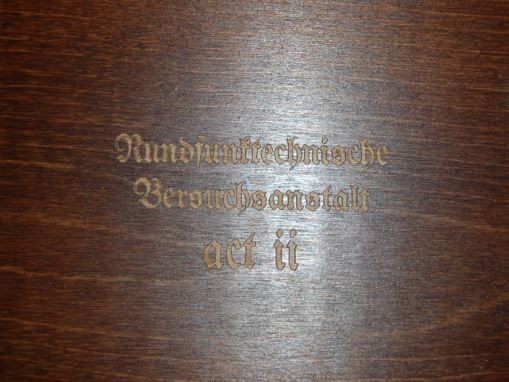 Info: The new series of publications "Rundfunktechnische Versuchsanstalt" (the experimental radio engineering outpost created in Germany in July 1940). The essence of the series is to give unpublished music, sold-out, limited publications, as well as the premiere music. "RV" series will be released in a strictly limited edition of 160 2CD copies in a wooden box.


Act II is a renewal of inaccessible CD of Cold Fusion - "ORP Orzel" The first 60 units comes with a bonus CDr. A long time ago announced, moving musical vision of tragic and romantic history of brave crew of polish submarine. Some fragments of this story was published on Scontrum act III ( WOP 04 - sold out ). Now there is the time to listen whole 45 minutes of this amazing sounds. Music from "ORP Orzel" has been used as a soundtrack to the documentary movie "Legend of the Orzel" produced by Nederlands Film Instituut from Holland..