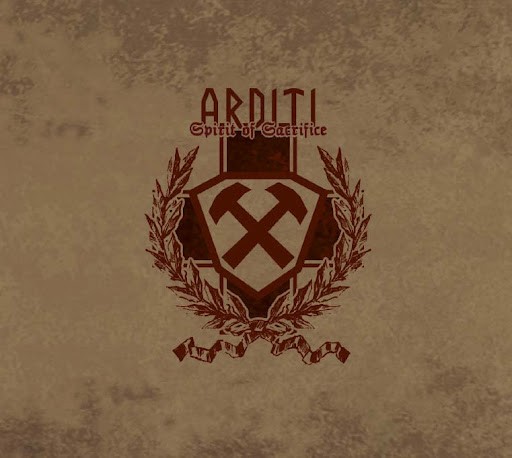 Originally issued in 2004, "Spirit of Sacrifice" was Arditi's second full-length album, a release that would not only establish them as one of the leading projects in the Martial Industrial scene, but also one which brought along the controversy that seems to come with such a post. Concerns regarding Arditi's imagery and their references to the Italian Futurist Movement prompted some of the press to refuse any coverage of the band, leading to timid promotion for the album upon release, as the original label discreetly retracted from a more active role in its exposure. The name Arditi gained something of a cult status nevertheless, as their followers grew steadily in numbers and new alliances were forged. These included a colaboration with Toroidh, at the time a recently established project by Nordvargr of Mz.412, which resulted in the "United in Blood" album. Shortly after, Arditi would also come to be invited by the notorious Swedish Black Metal band Marduk to contribute material to a couple of their albums.