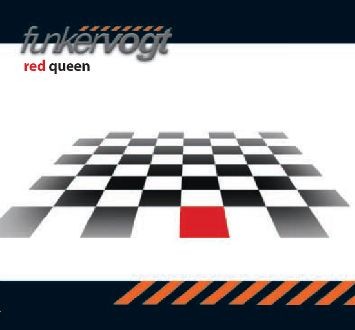 MCD comes in slim case from the "Survival Tour 2003"

The second single from the album "Survivor" is "Red Queen ", is certainly one of the strongest tracks on the entire album. With "Red Queen" go Funker Vogt new ground, is it not just but one of the most typical FV-pieces, but a testament to the flexibility of the band. On "Red Queen" by the way, the band welcomes a guest singer, and indeed none other than Jay Joke of the EBM electropop Legend And One! In addition, the new single is also a "being powerful" club mix of the title, which has again the characteristic Funker Vogt features.