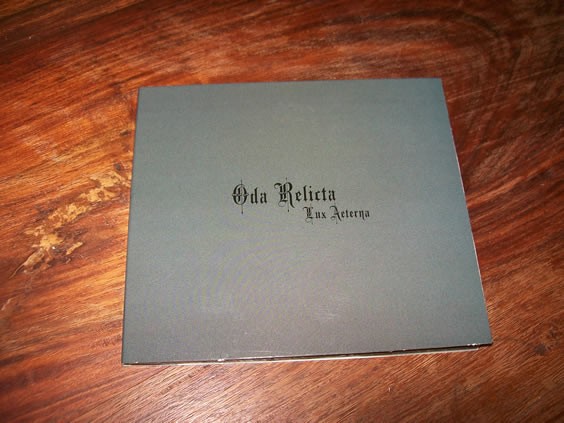 CD comes in nice digipack
Info: The Requiem “Lux Aeterna” was originally composed by Mykhayil A.Shukh in 1988. It was premiered in Donetsk (Ukraine) in 1990/1991. The recordings took part at the festivals in Gori (Georgia) and at «Vorsel Meetings» (Ukraine). Re-recorded, re-engineered and re-arranged by Mykhayil A.Shukh & Olegh Kolyada at Oda Relicta HQ in 2010.

Lux Aeterna is a chamber requiem that follows a classical arrangement with soprano, bass and tenor vocals juxtaposed with angelic chants of the Child's Choir, piano and organ passages of simple composition yet true purifying power. The requiem is dedicated to all children died during the 1932-1933 famine in Ukraine.