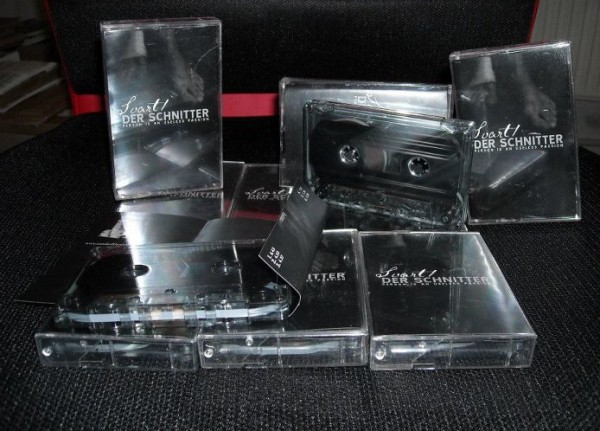 DER SCHNITTER is defined by a persistent use of images and topics coming from a psychological, sadomasochist and self-destructive background, inspired by a widespread desecrating attitude, sometimes profane towards religious symbols represented by the thinness of a woman unconsciously responsible of the body’s functions and of her sexual acts. It represents the experience of a progressive passage, that implies a “renewing death”.