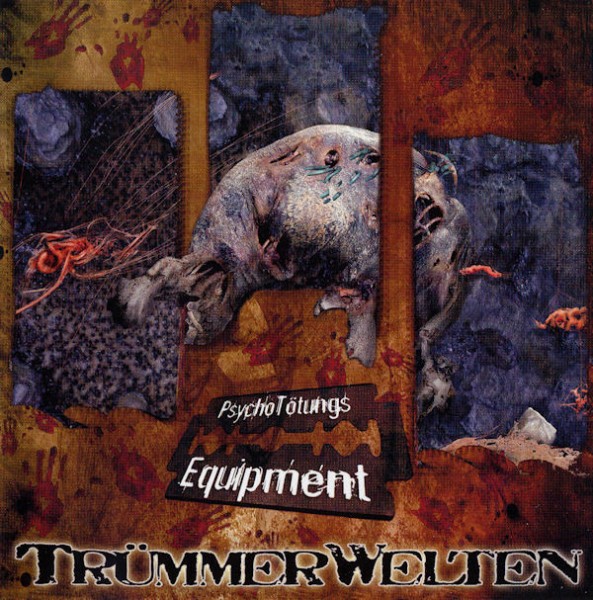 
Three years after the release of the last longplayer "Optimiertes Leiden", Arne Schaub returns with his re-revised TRUMMERWELTEN.
Psycho Killing Equipment" has become the band's most consistent, versatile and daring work to date. From distorted shredded industrial tracks, straight-lined techno-body hammers, to groovier experiments and moments of digitally distorted despair, Schaub creates an opus magnum that polarizes, disturbs, captivates, entrains. TRUMMERWELTEN reduce their sound to its essential core and integrate many new influences at the same time. On the one hand,"PsychoTötungsEquipment" is the consequent further development of the previous sound of the world of ruins, but on the other hand it is also a rather addictive departure to new shores. Those who have always wanted to imagine how the fusion would sound like from the essence of Chris Pohl's SEELENKRANK project and intelligent industrial.... TRUMMERWELTEN come quite close and are still so much more. The inferno on "PsychoTötungsEquipment" is not an inaudible headbirth, but a thoroughly catchy dark agglomeration bastard with a high recognition value - as if made for the dance floor. The abysses of the human psyche were seldom transformed musically in such a danceable way.