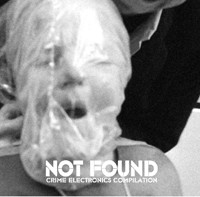 Info: White is Black. Kind is Evil. Peace is a War. Freedom is a Slavery. The knowledge is Weakness. 8 Russian projects of extreme electronics will prove and will show "feedback" of this concepts. The power wave which is not having of analogues will confirm "inversion" in a head thus and having devastated its up to zero. Criminal as marginal concept of existence other will create perverted sight on a problem. After time you will understand, that all repeats, the examples appear by mistakes, senses by substitutions, the Devil will appear the God. Overcoming postmodernism as the act of art. Earblasting wave of sound harsh terrorism of a "white" side is replaced soothing and ,editative madness of a "black" side. Ending of the compilation has the special sense - ATTENTION - deenergizing owes is made only manually. Separate respect to the project's participants - remain and further severe and irreconcilable.