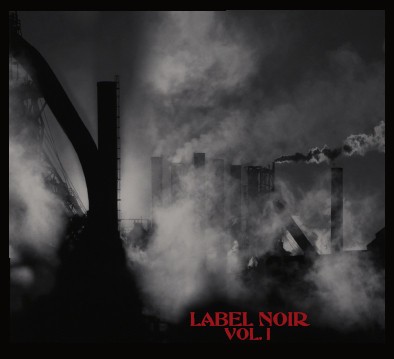 Compilation albums are always something like a rare beast. Just have a walk through your local fleamarket and see which albums nobody wants : exactly those damned compilations.
Luckily enough, there are also people around on this planet who understood the concept of this can be more than just some cashing in and therefore they come up with an album featuring not only tracks that can be seen as the cream of the crop but most of the times a sort of collection from some songs which have never seen the daylight and if they did, now only availlable through E-Bay at unaffordable prices.
The French Le Label Noir (what a name, we know!) delved like real archeologists into the archive from minimal wave/electro-area and came up with a collection from 17 songs.
Some names might be familiar but the songs aren't as these are like forgotten pearls.
Apart from some big names like Skinny Puppy or Portion Control, label founder Dominique must have a special love for that tiny country named Belgium that seems far too strong to disappear from the worldmap.
This mighty electrogem is graced with obscure tracks from legends like The Klinik, Luc Van Acker, Twilight Ritual and Liquid G. (yes, in their way they're legends).
A brilliant document from music at times it was just better or is it the old fart-syndrome that's rising again?