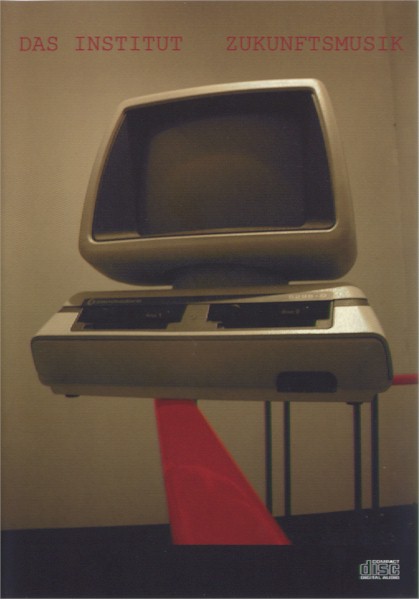 With the subtitle "Vollweird Kost für den Elektrogourmet" the institute invites the listener to enjoy their interpretation of the music of the future. The old CBM calculator (Commodore Business Machines) on the cover gives an idea that the title is not meant to be serious. The thing must be at least 25 years old...

About as old is the musical past of sound inventor Matthias Schuster, who is also behind this project Das Institut. Together with the singer Traude Capra, the ex-ghost driver member tries his hand at timeless electronic pop music.

Even the first notes of "Das Kraftwerk" are reminiscent of the electronic pioneers of the same name. Very nice electro-pop in the style of the English band Komputer, which inspired the old-school fans among the DJs a few years ago with its uncompromising retro sound.