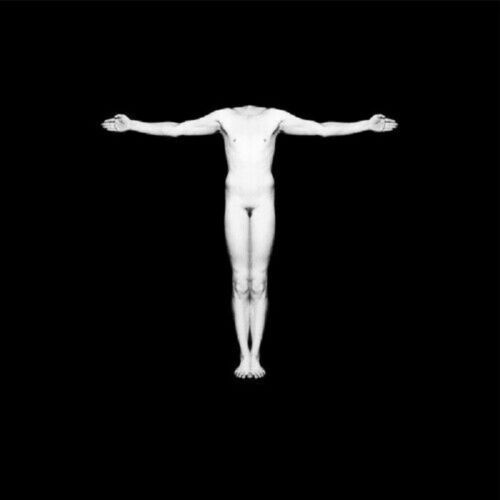 with a printed inner sleeve.

You appeared in 2010 and is to date still valid. The album was well received across genre barriers and was the subject of many extensive reviews at the time. You is a landmark for Haus Arafna and as well as for the whole industrial music scene. The unusual interweaving of different sub-strands of “industrial” created a unique sound “close to pain, yet vital” (Ikonen Magazine, 2010). The striking artwork of the album encouraged enthusiasts to make homemade T-shirts and patches with the acephalic title character or the peculiar band photo, long before official merch appeared. You was in all respects a runaway self-starter and also opened up new spaces for Galakthorrö. Accordingly, the vinyl edition was sold out very quickly. Requests for re-issues have been reaching us for years, as a result of the rarity and high prices for copies on the second-hand market. So now it is time for us to issue this second edition. It differs from the first edition by the silver-grey vinyl colour, and compact presentation which, of course, does not exclude any important photo material or any of the lyrics.