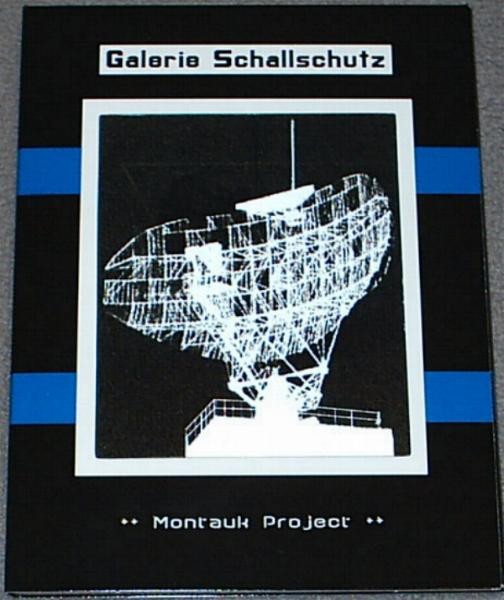 CD standart edition comes in a 19x14 cm foldout digipak with a holographic picture on the frontcover. -sealed-.

“Finally 3 years after the ‘Haarp’ CD, Galerie Schallschutz comes with another superior release and again with strong thematic content...We all know something is out there, but we're not sure exactly what. Galerie Schallschutz at long last, begins to provide some solid clues.
“Montauk Project”, also called the Phoenix Project during some of its phases, was a covert government's ultra-top-secret electromagnetic mind control and time experiment project that took place during the 1970's and early '80s at an abandoned Air Force radar base at the southeast tip of Long Island, New York.
Much evidence has surfaced indicating that the base and the subterranean facilities were and still are used for a tremendous amount of top secret, ultra-classified research and experimentation into interdimensional technology, quantum and particle physics, black hole simulation, super-powerful electrical and electromagnetic fields, weather control, psychotronics (interfacing mind and machine), particle beam technology (HAARP transmissions…), and electronic and drug- based mind control...! Galerie Schallschutz provide you with the perfect soundtrack to go further into this secret world. ENTER NOW !