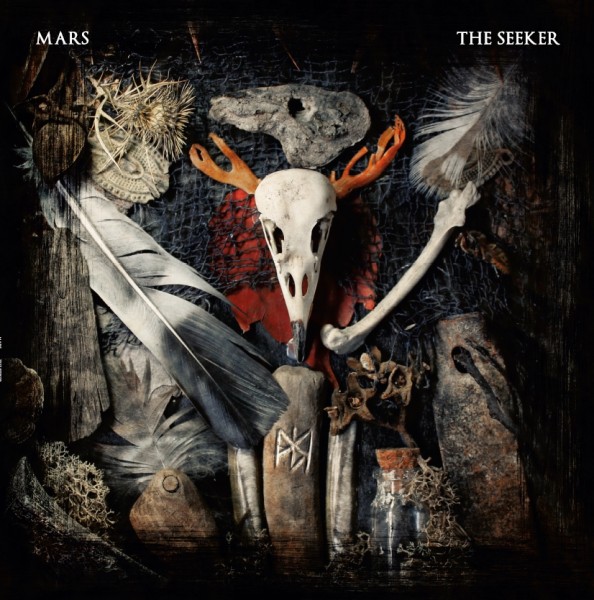 With The Seeker the German pagan folk duo MARS release their fourth full length album. This intense cycle of songs confronts the dedicated listener with a world out of balance. The spiritual Seeker remains as the last species longing for the truth of eternal wisdom. Infused by the cyclic law of the myths MARS continue a journey into the primordial and uncanny regions of culture, their raw and energetic acoustic sound based on guitars, drums and vocals, occasionally supported by violin, melodica and bass guitar. The musical styles touched and adopted here range from apocalyptic folk, martial ritual to darkest blues and some glimpses of doom. Follow this journey into the apocalyptic state of our world, facing the decline of the gods and the invocation of ancient purity and energy. The beautiful shamanistic artwork of the whole album was exclusively created by Nadine Demmler for this concept. The Seeker features the singles Farewell to the Sun and Whispers as well as new folk hymns like Lore of the Seeker and Rest of Your Hope. Featuring guest appearances by :Solitude Ravencrow:, Dvrtal and Holy Orange.