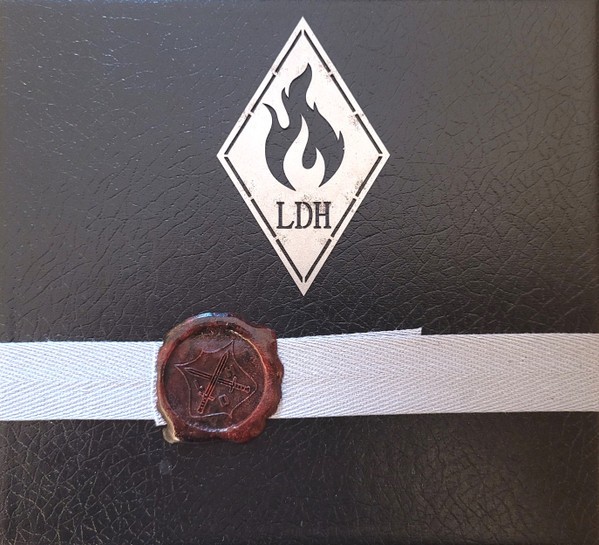 March 2018: The first lyrics and harmonies emerge... Our most elaborate album so far has been created in the course of the past 4 years - an album full of magically atmospheric songs, hymns of pleasure and pain. Influenced by the visions of William Blake, supported by the charismatic singer De La Morte and guitarist Andreas Arndt (Sonnentau, Fire + Ice, Barditus), it contains songs about liaisons with the darkest powers, the loneliness in most painful hours, the longing for love and light - the Flames of the Sun!

December 2022: "Sonnenflammen" will be released as a lavishly designed digipak (with golden hot foil print, incl. booklet) and as a box set. Neofolk anthems alternating with ambient moments merged into one fiery brew ... "Devotion" and "Lied der Flamme" have been partially re-orchestrated and completely re-arranged.

Sonnenflammen Boxset comes in a handnumbered black cardboard Box in a limited edition of 150 copies.
Sealed with a grey ribbon and were sealed with red sealwax with the LDH logo on top. On front of the box was a metal plate with laser cutted LDH and a sunflame symbol.
The numbering of limitation was on back cover with silver pen.