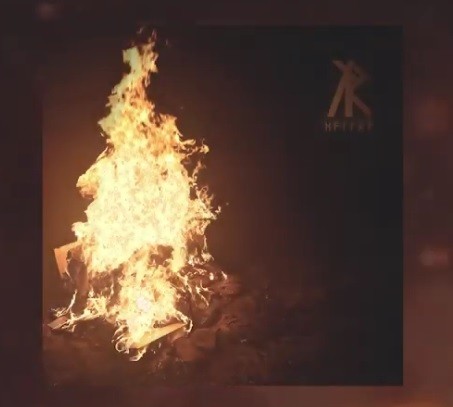 The album, four years in the making, serves as a bridge between the past and present, explores the
question "What is sacred?" and dives deep into anger, personal turmoil, and retribution. At it's core,
"Hallow" is a dark folk album. Though, as on previous In Ruin releases, elements of metal and classical
music can be heard. The album features guest appearances by Richard Leviathan (Ostara), S.P Haché
(Night Profound), Michał Krawczuk (By the Spirits), and Kim Larsen (Of the Wand & the Moon).
Furthermore, the album contains a cover version of a Darkwood track. In Ruin's latest full-length
release was 2016's digital compilation "Wounds & Scars." The band last collaborated with Heidenvolk
on 2008's "A Ghost to be Forgotten".