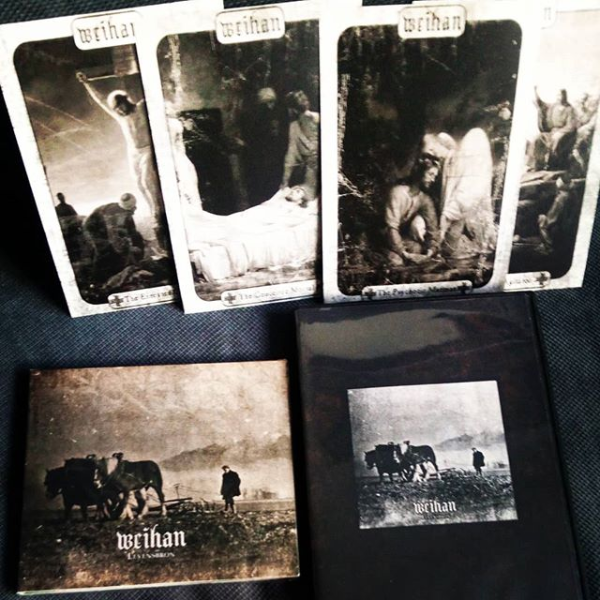 With Levensbron, Weihan returns to the sound they portrayed on their debut Galder,
yet they matured both in songwriting as in production.
Acoustic guitars and deep melancholic strings accompanied by the characteristic soft spoken vocals and choir like chants create an uncanny atmosphere, which lasts throughout the entire album.
Don’t expect happy folk tunes, but emotional songs with Dutch poetic lyrics as a tribute to nature and Weihan ancestral grounds, Flanders.
+++ fantastic neofolk from belgium +++