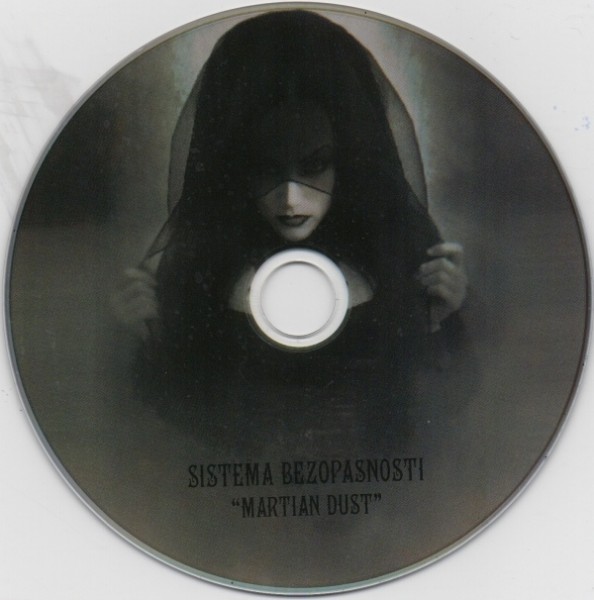 Info: The album’s name has a few meanings and storylines. Actually Martian dust in black magic is the dust from cemetery, the ground from graves, dust from skeletons that was collected in a certain time by impact of Mars planet. This substance is one of the most of dangerous, more energetic powerful and using for most dark rituals.
According to that the album has a mystic mood and astral symbolic, decadence spirit and gothic esthetic. Despite on a short time of sounding cd is conceptual and logically finished.
Work has some keys images. First – male, image of a black magician, which was embodied in charismatic personality of Alister Crowley. Second – female image, that was appeared during the work process and it became more bright. Appearance of the second female image counterbalanced the album and gave it more secrets and romantics, added more feelings, tenderness, that made an influence in cd’s cower design.
Firstly, four tracks from the album were recorded on 7 inch vinyl by Italian label in August 2014. But Russian customs didn’t skip the circulation and album wasn’t available in sell. So we added some tracks in it and came it out on Heimdall Records in CD format in 2015.