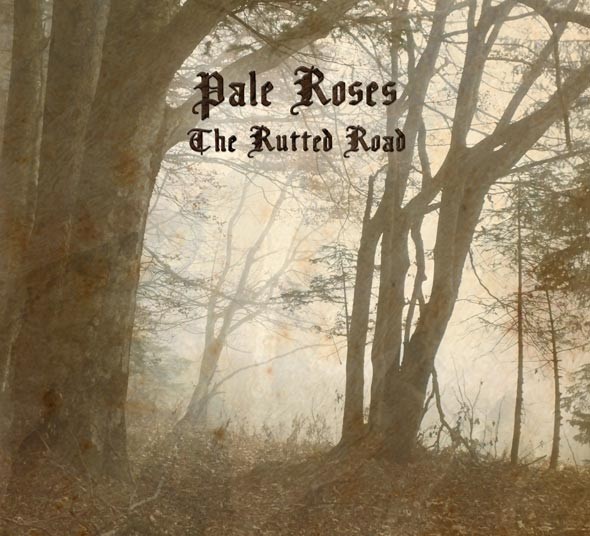 The Rutted Road is the the third album by French Neofolk band Pale Roses, following Fear Of Dawn (The Eastern Front 2010) and Unveiled (Rage in Eden 2011). Basically, the music remains the same: pastoral guitar arpeggios, melodic bass lines, a bit of piano. However more percussion and sound effects than in the first two albums. Lyrics are a tribute to some historical places (Bedlam and Tyburn), to a few of our favorite authors (The Infidel is inspired by Ambrose Bierce’s Devil’s Dictionary, From The Ancient Woodland by Robert Holdstock and Sea Horses by WH Hodgson; Ancient Mariner, though inspired by ST Coleridge, is not an Iron Maiden cover) and to pagan beliefs and various elements of folklore.