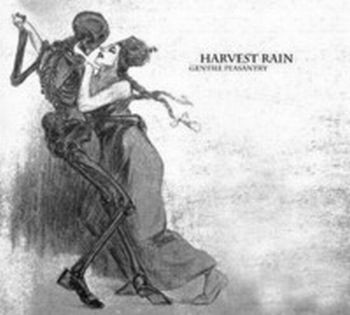 CD in digipak is limited to 333 copies.
Info:This album is the Sister album to HARVEST RAIN "Blood Hymns". It also contains the original members of HARVEST RAIN. The songs were recorded during the same Yuletide - Winter Solstice Sessions as the tracks on "Blood Hymns". In fact there is really nothing all that different from this version of "Pillars of Ice" than on the BLOOD HYMNS version except the chanting in the song which is a "Listian Magickal Formulae" or an "Armanen Magickal Formulae" (Listian as in Guido Von List). This version of "Thuletide" is the original. I added the icy keyboard version on BLOOD HYMNS later on right before that album was released. This album was in fact the original album that I had released under the moniker of "CAIN RIVER" instead of HARVEST RAIN. It was my first attempt at playing HARVEST RAIN with electric guitars, drums and record what one could call a "rock" or "dark wave" album instead of being strictly limited to dark folk. The album is inspired by MIGUEL SERRANO just as BLOOD HYMNS was and is. The extra tracks were recorded mostly during the same sessions, but kept off of any albums.