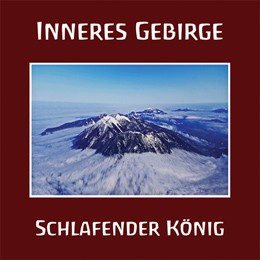 Schlafender König is the impressive debut of a young Dark Folk band that can close the gap, the Forseti have left. With mostly German lyrics and elaborate arrangements for accordion, guitar, harp, flute and violin fragile pieces are created, over which the haunting vocals of the singer Sepp glitter floats. Lyrically dominates a romantic melancholy that is evident not only in the musical tribute to poets such as William Blake, Emanuel Geibel or Uwe Lammla, but their spirit and their own texts as "The Dark" or "Billowing grain" by blows. Inside Mountains resonates not only the British neofolk, but there will also find its true source: the soul of the Bund is clearly evident, both in word and in the course consistently held instrumentation. Among the many great moments on this CD is one of the dramatic and ethereal "Black Wine", from the gentle harp dominated "Ludwig in the snow" or the more powerful driving "Diefenbach". "Sleeping King" is an album that will bring the group "Heart Mountain" in the first rank of German dark folk bands!
* Mastered By – Axel Frank *