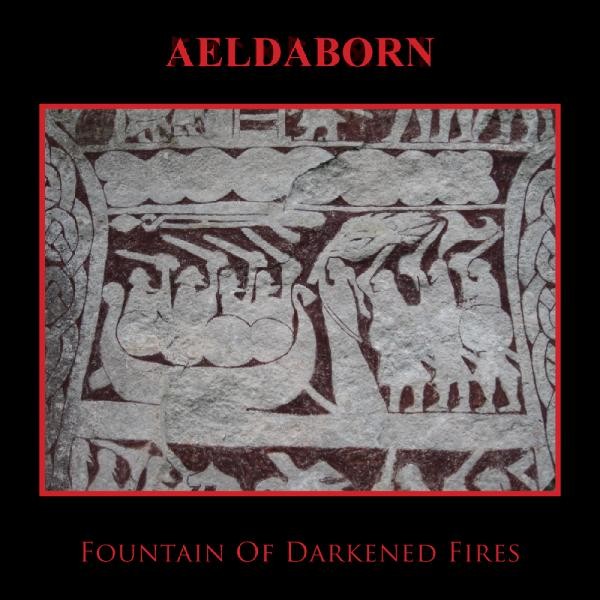 Headquartered in the Ruhr Darkfolk Aeldaborn band has been around for 10 years and through their festival appearances with the likes of Sol Invictus, Hekate, Sieben is like in their own sales released mini-CD The Serpent Drum primarily the Neofolk / Industrial audience a household name. After extensive aging period is finally before the long-awaited debut album. Acoustic guitars, martial drums and a solemn mood form the musical backbone, content is both Heinrich Heine ("We Weave") and the Norse myth ("The Descent Of Odin") addresses, albeit primarily own texts are used, then comes Aleister Crowley also to train and Frater Eremor (rAGE NEW PROJECT) is heard as a guest also. Since five of the band members also operate as a singer, made ??a lot of variety. A musical journey that begins with campfire suitable ballads, occult ritual music, and involving martial drums ends - For fans of bands like Blood Axis, Current 93 or Sturmpercht a must!
* Mastered By – Axel Frank *