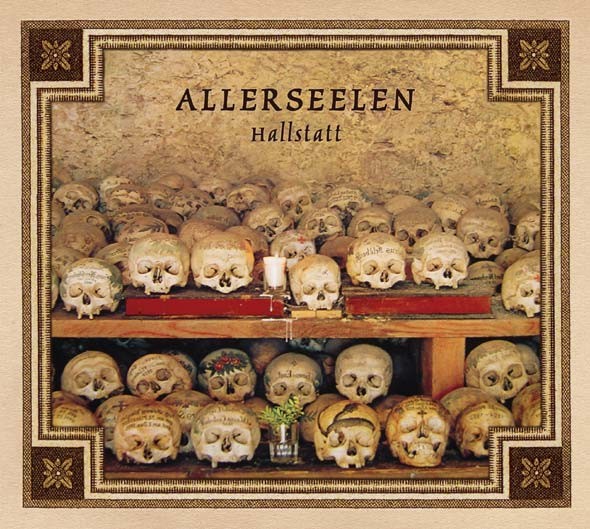 Description Evaluations 0
Description
CD with 16-page booklet -sealed - Info: The Allerseelen CD Hallstatt contains thirteen... more
Close menu
CD with 16-page booklet -sealed -
Info: The Allerseelen CD Hallstatt contains thirteen brand-new apocalyptic and passionate songs about love and death. This release - musically situated somewhere in a terra incognita between folklore, krautrock, metal and industrial music - is inspired by the beautiful Upper Austrian village Hallstatt which belongs to the world cultural heritage due to its amazing tomb findings of the Hallstatt culture and the unique ossuary with the painted skulls. The songs have lyrics and vocals by Gerhard Petak and R. N. Taylor from Changes. These apocalyptic industrial folklore songs about love and death were recorded in 2006 and 2007 at Haus zur letzten Latern. The voice of R.N. Taylor was recorded and engineered by Bob Ferbrache at Studio Absintheia. All recordings were digitally remastered by M. Presch. All lyrics and texts were translated by Simon Collins (Zero Tolerance) and Gerhard Petak. The photographs were taken by Gerhard Petak in 2007. - These songs are dedicated to those who decided to disappear forever in the mountains. - ".. and shimmering, a drop of blood fell into the wine of the lonely one .." (Georg Trakl)