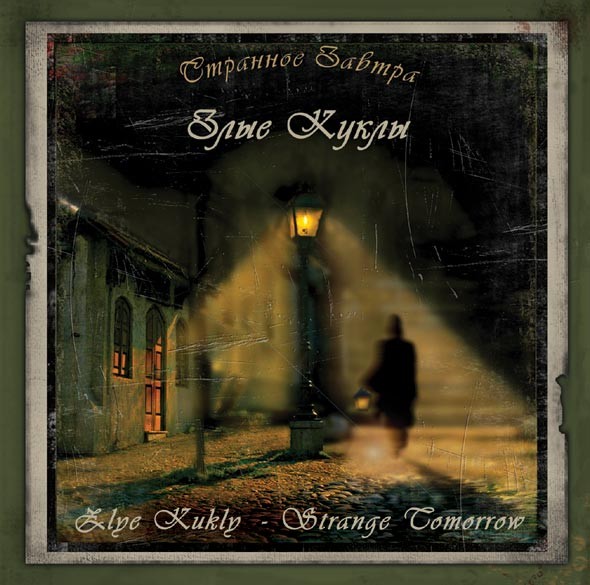 Cd with 8.page bookled is limited to 500 copies.
Info: after several private CDR releases, "Strange tomorrow" is the first official album by this unique russian Folk band, based in Jerusalem / Israel. dreamingly beautiful, sad and at the same time weird and progressive Folk songs with a gentle early 70ies touch. the band uses a large variety of perfectly played acoustic instruments, as well as some fine electronic sounds. the powerful and empathetic (russian) vocals from Fred Adra and his (background) singers give a very personal and unique touch to the music of Zlye Kukly. this band is really hard to compare to other artists; maybe some of their songs remind a bit to the folky Gae Bolg, the best balads of Boyd Rice, but mainly You can feel the spirit of the great early 70ies aera of Yugoslavian folk artists, such as Kladivo Konj in Voda, Svremena na Vreme, Drugi Nacin and others. this album will guide you through a strange theatre between the worlds...