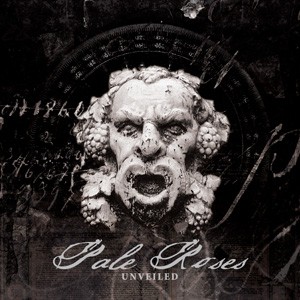 CD in digipak is signed on a few pieces, only available here :) RARE!
Info: PALE ROSES is a neofolk project from France and it's music is based on acoustic guitar, piano and vocals. The lyrics are inspired by history (First and Second World Wars) and mythology (Celtic, Nordic and Greek). 'Unveiled' is the second official release by Pale Roses, containing 11 tracks about war, melancholy and pagan origins of Europe.

The bands and albums that influenced Pale Roses are: Sol Invictus (In the Rain), Fire+Ice (Bird-king), Death In June (Rose Clouds of Holocaust), Current 93 (Soft Black Stars), Strength Through Joy (The Force of Truth and Lies).

Of course, if Pale Roses are ready to pay their dues to the founders of the neo-folk genre, it is not forbidden, also to mention Nick Drake, Nico or Richard Thompson (but without the virtuosity) as influences.