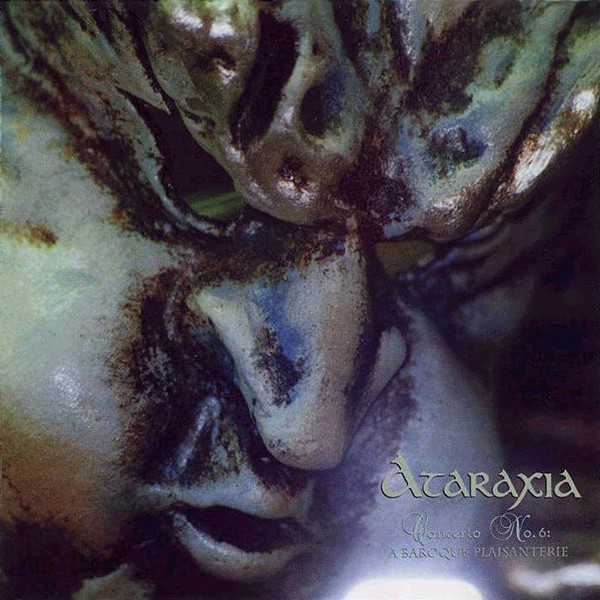 Description Evaluations 0
Description
CD comes in a digipak -factory sealed- Info: What are you searching, Mylord, in music ?" "I'm... more
Close menu
CD comes in a digipak -factory sealed-
Info: What are you searching, Mylord, in music ?" "I'm searching for tears and regrets, music exists only to express what is not possible to be expressed by words." After a long waiting, finally “Concerto N. 6, a Baroque plaisanterie” CD (originally released in 1996) will be re-pressed in a beautiful digipack edition with digitally mastered sound and an exclusive bonus track recorded in 2009! It will contain 9 songs taken from the original album + “Orlando, a female” taken from the out of press “Orlando” EP + an ATARAXIA’s version of Franz Schubert’s Ave Maria. Concerto N. 6” was inspired by ATARAXIA’s admiration for the stylistic canons of Baroque music, a music that incessantely pursued an aesthetical- formal elegance that was sometimes the mirror of an inner beauty. This was also an ironic album in which, sometimes, the band made fun of the very age from which they had taken inspiration. A deeply felt tribute to the Music Maestros of the past, a suffered research in the profound meaning of music, a personal homage to the impressive film of A. Corneau "Tous les matins du Monde", a dialogue between our earthly dimension and the ones we belong before being born and after death, an individual contribution to the Baroque harmonies and age, a subtle balance between formal beauty, passion and spontaneity, a singular excursion in the purity of sound.