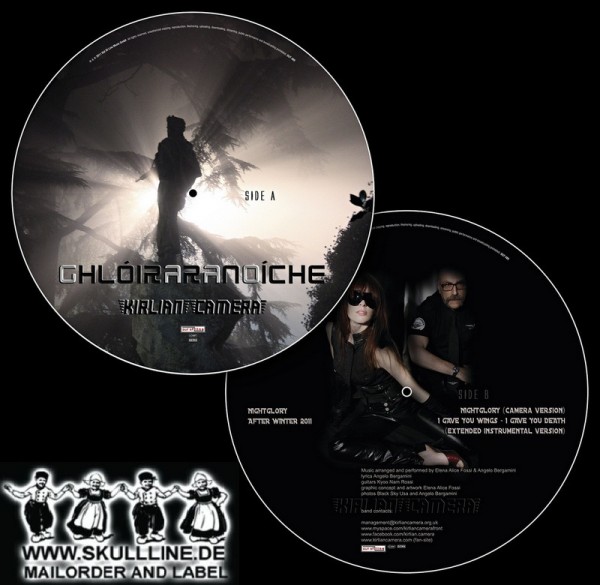 The large Italian cult band Kirlian Camera return with an impressive single, which goes by the Gaelic title "An Ar Ghloir Oiche" (Glory of the Night).

On the single he's in a powerful electronic version and in a highly intensive, supported by a majestic piano, chamber music, "Camera" version included.

The single also includes an exclusive new instrumental track called "I Gave You Wings - I Gave You Death" (a version with vocals will be featured on the next album) and a powerful new recording of "After Winter",

originally from the year 1998, which is played on a dark and driving, electronic sound.

A1. Nightglory
A2. After Winter 2011
B1. Nightglory (Camera Version)
B2. I Gave You Wings-I Gave You Death (Extended Instrumental Version)