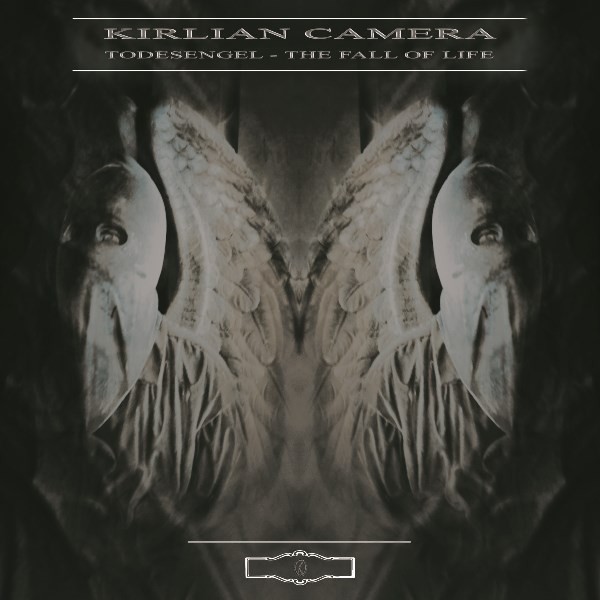 This re-release comes in the first, original cover concept, never used before. “Todesengel - The Fall of Life” is (together with “Eclipse”) one of the most representative album in the KIRLIAN  CAMERA career, more experimental and hard than others, cold and full of deadly atmospheres, martial rhythms and brilliant melodies. It includes several classics songs, starting from the single “U-Bahn V.2 "Heiligenstadt", a great dark/gothic dance-floor hit, despite the fact that it was never officially out as single (just as for the song ‘Eclipse’ later on). The album also includes two covers: Ultravox’ “Vienna” and Queen’s “We will rock you”. Produced by John Fryer (Depeche Mode, 4AD…). Originally released by Blue Rain Records, Italy in 1991, re-released by Discordia (1993+1994) and Triton (1998).