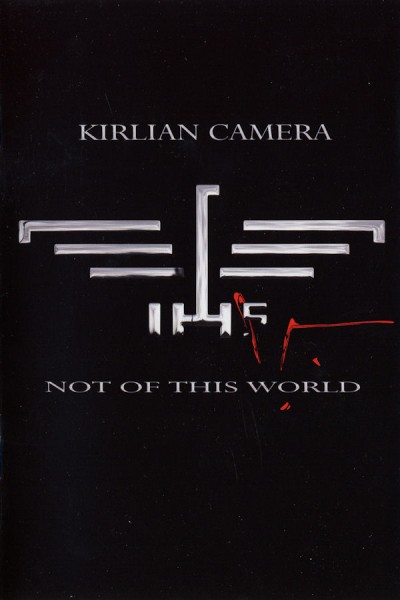 3x CD in luxury A5 Box with silver print is strictly limited and hand-numbered edition of 3000 copies in jewel A5 digipak with 35 tracks on three CDs, is already a bit of a cult!
How important Kirlian Camera hold in the goth scene, it will not even be explained. For the past three decades, the Italian project provides for dark electronic Klangodyseen far common patterns and standards. Again and engaging atmosphere, always extraordinary, always unmistakable: From the legendary mini album "Kirlian Camera" (1981) to the last studio album, "Coroner's Sun" in 2006 always had an artistic vision between epic space-gloom and passionate emotion in the center of the work.

On the 30th anniversary of the influential legend appears with "Not Of This World" is the ultimate retrospective, the unfulfilled no Fanwunsch will leave no question unanswered. Brimful on three CDs, 35 tracks proud to distribute the most comprehensive review, which was given for Kirlian Camera ever. Many completely unreleased tracks, forgotten pearls, rare live versions or looking, long out of print remixes set the tone on "Not Of This World" and have regular best-of compilations of this kind look old.

Sounds not of this world: By Angelo Bergamini's experimental beginnings in the eighties, in which he has accomplished despite limited technical possibilities of true miracles, to the still-long era of the long-legged exceptional singer Elena Fossi records the Dreifachbox seamlessly to a path that the band proceeded to offend rare, but always arose from the most pressing artistic achievement urge the protagonists. The easy way was never in question for Kirlian Camera - and "Not Of This World" documents, as may be grateful for the electronic music world.

Wrapped in a digipak with DinA5 numbered and finished with hot foil stamping slipcase, will include the comprehensive booklet of this sprawling showcase and which provides numerous, previously unpublished photographs of exquisite, high quality paper.