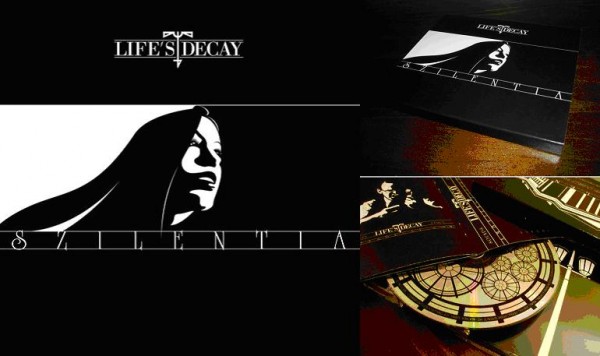 Info: Life's Decay - Szilentia Life's Decay is back with this fourth album! It is composed of 12 tracks made of neo-classical, dark martial industrial and experimental pop music. A better sound quality as well as more variety in the compositions are a part of the evolution of Szilentia which offers a more mature album. So we can find certain tracks there even more accessible and more popular than previously whereas others will be more aggressive and more experimental, without being a return to basics. Life's Decay remain recognizable through its compositions involving ranges of classical instruments with developed percussions and rhythms, sometimes martial. But the project also continues its search in a wide variety of experimental instruments and sounds which renews ceaselessly the music as well as the concept in which the importance is major. The presence of certain acoustic instruments can also be felt such as of the accordion, the violin, the bass and the acoustic guitar. Without forgetting the feminine voice which gain in power. Like every Life Decay's albums, Szilentia comes in a packaging with the lastests retro-luxury artworks that represent perfectly the project's atmosphere.