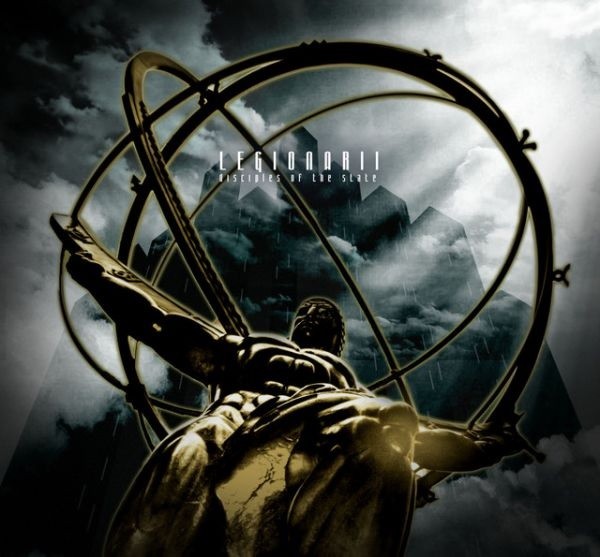 "...where a unified government which administers the entire planet is arising, and is becoming completelly in control of every aspect of humanity - a totalitarian system governed by the Council of Twelve, headquartered in various key cities in Western hemisphere. The members of the Council are recruited from a secret society, an Order within the very core of The State, which is unknown to the rest of humanity - the assembly of few mysterious Men, calling themselves 'The Disciples'. Nothing is known about this inner and highly obscure Order, except that they are the most powerful Men, Mystics and Sorcerers, in human history so far..."

With powerful hammering of industrial drums, with epic and monumental choirs that roll down on listener like a mountain, the release provides a total immersion in a tidal wave of militaristic Power, a feeling of creation from destruction, an Order out of War, following the previous established, dark and glorious militant cult of Legionarii. Only this time, the evolution has gone a different but the right way, the music has taken a great dose of grandiosity, orchestrality and overall epicness and awe - because of all that, this monumental release will certainly present one of the Titans in the scene of martial industrial.

Aside from this basis in form of a fictional story, the release contains hidden references to the real world of today, offering yet another, parallel message inside of it, beyond the fictional world described. But the most important thing is that the listener's imagination should not stop on this given description. The release is also structured in a way that provides space for individual, subjective projection by listener's own psychic world of Archetypes. Symbolism and words are enough to provoke the question: where are the borders of facts and fiction? Join this epic and monumental journey brought to you by Legionarii, the one and only act that never dissapoints and is again here to lead you into the epic realm of Strength, Power and Order.