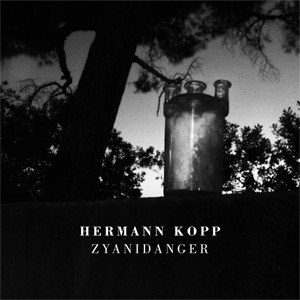 Info: Hermann Kopp on this album is dedicated to the theme of alchemy, triggered by the book "The History of Chemistry," which appeared in Braunschweig in 1843 by an author named Hermann Kopp. One may wonder whether the strange coincidences in life. However, it is left to Zyanidanger both conceptually and musically nothing to chance. The theme is implemented gripping, expertly staged the drama and everyone sits slanted tone. The disk is full of spooky tunes and it should be mentioned that Hermann Kopp put much emphasis on production technology and well pampered us the rough touch of the 80s returns - in Kombinition with its morbid-minimalist compositions an unbeatable mix. The music on Zyanidanger is so toxic and so extremely sad that it rotates in the correct screws in the mind to float us in a kind of melancholy noise, which is probably evidence of just how savvy magician of sound and Tonalchemist Hermann Kopp is. To the chemistry!