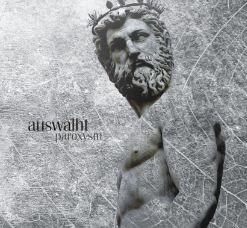 Description Evaluations 0
Description
CD in nice digipak, limited to 500 copies. France – this country has lately given us a... more
Close menu

France – this country has lately given us a lot of records of military industrial music, e.g. March of Heroes, Liyr, and now a great CD Auswalht. It is not a debut; we have had a chance to hear about Auswalht together with a debut of "History Of Suffering" released by Collapse Of Utopia from China. This time Auswalht has treated us with a great dose of military music. Earlier mentioned projects - March of Heroes and Liyr did not appear there by accident. Auswalht indirectly refers to achievements of two groups while seizing roughness of March of Heroes and Liyr’s atmosphere. What’s worth mentioning is that the music of Auswalht and Liyr was composed by the same person, Sven Mann. Powerful music, strong recommendation!