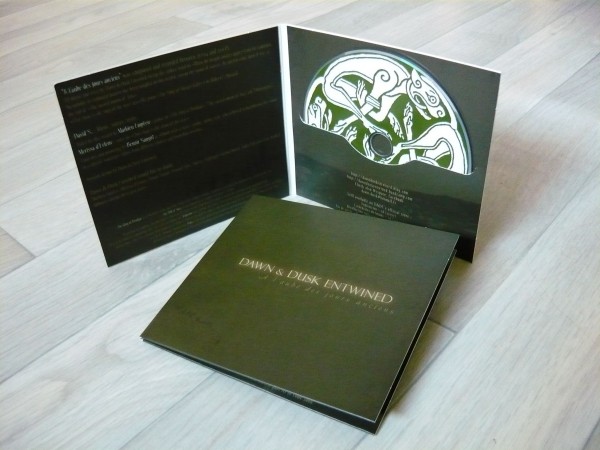 CD comes in a digifile is limited to 500 copies + signed by artist !

“A l’aube des jours anciens” is a journey through ancient and mythical lands of Europe, long before the kings and the only God. A soundtrack from mythical and magical times when no one remembers when reality became legend, when mythology met history.